Beijing time on September 11th news, the whole world is observing, there are 306,000 people in Pittsburgh, Uber's test is unprecedented, is Pittsburgh ready? The answer is: not fully prepared yet.

Prior to this, Uber did not introduce unmanned public services and did not show technology. In addition to the mayor and a police officer, no other top city leaders have seen Uber driverless cars at close range. The fire and emergency services department does not know where the Uber will drive.

Driverless cars are the wildest adventures of Silicon Valley companies. Pittsburgh pursues a â€œnon-interferenceâ€ policy, making it an ideal place for experimentation. Pittsburghâ€™s decision also attracted some criticism, and the public believed that the city would give Uber its own life. As a new company, Uber is testing new technology, which has produced serious conflicts with regulators and citizens.

Pittsburgh Mayor Bill Peduto said: "It is not our responsibility to formulate new regulations and rectify Uber and other companies." Peduto said Uber will be equipped with 100 Volvo modified cars for use. Provide driverless testing services. There is still a driver sitting behind the car's steering wheel. Peduto said: "You can set a red line or a red carpet. If you want to be a 21st century technology lab, you should spread the red carpet."

The mayorâ€™s remarks tell us a reality: Many cities have become rust zones (referring to some areas where the industrial boom has faded in the past), and they now want to get rid of the old identity and become a technology center. In order to achieve the goal, the city gives the company more control. This method of urban management is called â€œgreen light management.â€ In the past few years, Pittsburgh and Pennsylvania have implemented this policy.

The policy has brought many benefits. Pittsburgh and Pennsylvania have placed themselves in the forefront of driverless cars, and many technology companies have entered, including car manufacturers, Google, and Baidu. In addition, Pittsburgh has also introduced a number of technology entrepreneurs, attracting hundreds of scientists and engineers to the new R&D center. In the past 10 years, Apple, Google, Intel and Uber have established R&D centers here.

When Uber was preparing to expand the R&D business of driverless cars, Pittsburgh helped the company rent a piece of land, near the river, and Uber used it as a test site. In 2014, state regulators tried to block the sharing of taxis. With the help of the Pittsburgh mayor and state governors, the barriers were much less. Despite this, Pittsburgh politicians remain on the sidelines.

Urban measures have also attracted a lot of criticism. Some people think that Pittsburgh gives technology companies too much power, just to gain innovation. Some citizens are worried about Uber driverless cars, complaining that Uber is forcing a test of driverless cars, and this technology poses a security risk.

Montana Michniak has just graduated from college and works in a coffee shop near the southern part of Pittsburgh. Mickeyk said: "I personally feel that the entire Pittsburgh city has become part of the driverless movement."

Other companies are testing driverless cars in California and Michigan, and Pittsburgh is preparing to deal with Uber driverless cars, which are closely watched. Recently, it has been reported that Apple's driverless car project has cut dozens of employees and it is rethinking its own projects. There are still some cities in the United States that are in a depression. They also want to become technology centers. Pittsburghâ€™s initiatives have caught their attention. 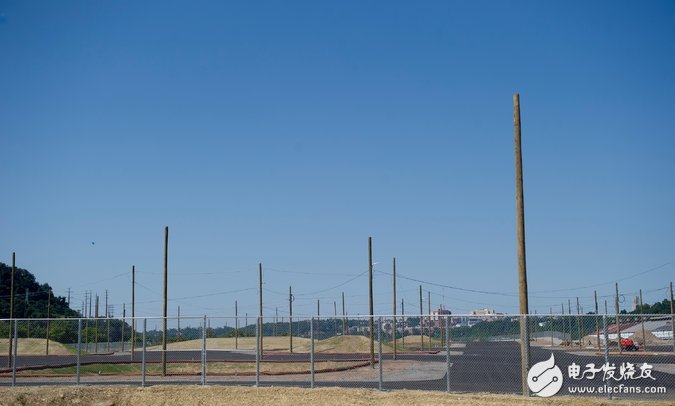 Will not affect urban safety

Richard Florida, a professor of urban studies at the University of Toronto, said: "In the history of Pittsburgh, no city governor has done this, and that is why Pittsburgh is the best example of the revival of the 'rust zone'." Florida teaches at Carnegie Mellon University in Pittsburgh. Florida also said that Uber was so constrained by so many constraints.

Peduto believes that Uber does not have much power in Pittsburgh and the city will still be safe because Uber is testing people on the car. The mayor is also concerned about greater safety goals. Peduto said: "No technology is perfect. There is no technology to guarantee an accident. Every day, 3,287 people worldwide will die from car accidents. We should be able to find a better solution."

In a statement, Uber said: "Without the support of the Pittsburgh leadership, our work is impossible."

In the past 10 years, university computer experts have not only attracted Uber's attention, but also GM, Google, Intel, and some of them have hired talent from Carnegie Mellon University. Google and Uber recently opened a research and development center and hired some university professors and graduates.

According to Peduto, Uber has researched driverless cars in the Strip District industrial district of Pittsburgh and has arranged for 500 employees. Uber's R&D center is called "Advanced Technology Center". In the next few years, the center will continue to expand and its staff will reach 1,000. Peduto said that within 10 years, Uber will invest more than hundreds of millions. The dollar has increased to $1 billion.