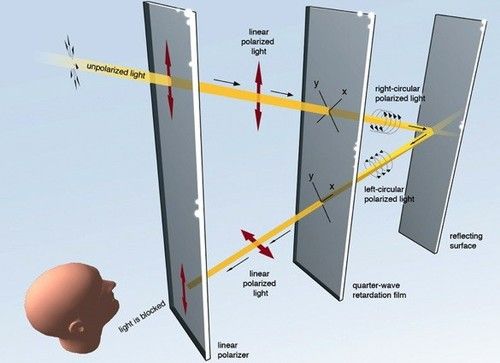 Nokia's screen technology is Clear Back Display, abbreviated as CBD screen. CBD is not a brand new display technology. It is actually a way to reduce screen reflections and improve the quality of the view. Especially in the outdoor environment, ClearBlack display ensures that the black you see is true black, so it also improves the contrast of the display, making the whole picture look easier, similar to the effect of a pair of polarized glasses. So that we can clearly see the contents of the screen both indoors and outdoors.

Currently, this kind of screen technology is embodied in the high-end products including the Windows Phone Lumia series and the N9 and N8, which can perform better in the sun. The Nokia BLOG recently revealed some details of this technology for us to better understand. In short, the CBD screen uses internal polarization effects to prevent sunlight from reflecting into the human eye.

The principle of the CBD screen is divided into the following steps:

1, the light is irradiated on the polarizer, and the polarizer polarizes the light vertically, which simply means that the light wave vibration is directed to a specific direction for deflection.

2. Light is irradiated on the cyclic polarization retardation layer. The delay layer again changes the direction of the light's vibration and achieves light polarization.

3, then the light hits the screen layer and produces a rebound.

It seems that starting in 2012, Nokia began to pay attention to technical research and development. The addition of the CBD screen also allows Nokia to have a war on the high-end screen. It is believed that the road ahead will be wider and wider.


LED technology is the latest and the best in terms of the audio visual technologies out there and it is still evolving. There is a strong emphasis in making LED display screens energy efficient, cost efficient and light weight apart from other quality requirements. Hence, LED screen cabinets are also now expected to be lighter in weight. This need has resulted into the gradual shift from the iron cabinet, aluminum cabinet, to the cast-aluminum and die cast aluminum as the weight of the cabinet is lighter. Cast aluminum and die cast-aluminum cabinets are the latest of the cabinets used for LED casing.

The cast aluminum and die cast-aluminum cabinets have high strength and high tenacity. They are highly efficient, provide excellent heat dissipation, energy conservation and environmental protection. Because of their outdoor usage, they can be made as a waterproof cabinet of leasing cast aluminum. They are lightweight and ultrathin. They are quite flexible for easy packaging and lifting. They have a high refresh rate, high grayscale and are widely applied to the stage renting. They are easy and simple to install and thus help you save on precious time and man power as one-person can easily do the insallation. Cabinet splicing and wiring connection is fast and reliable. Not only great in looks dept. it can be easily dismantled. Casting Aluminum and die Casting Aluminum Cabinet also have better deformation resistance property.