In our impression, Westone is a headset manufacturer known for its moving iron headphones. The monitor-grade UM series has been talked about by enthusiasts. The first attempt at dynamic headphones was a big challenge for Westone, and ADV Alpha was not only Westone's first dynamic headphone product, but also its first adventure and sports waterproof earplug. As a well-known hearing aid, military headset market, Westone, I am afraid to also explore the civilian consumer group. 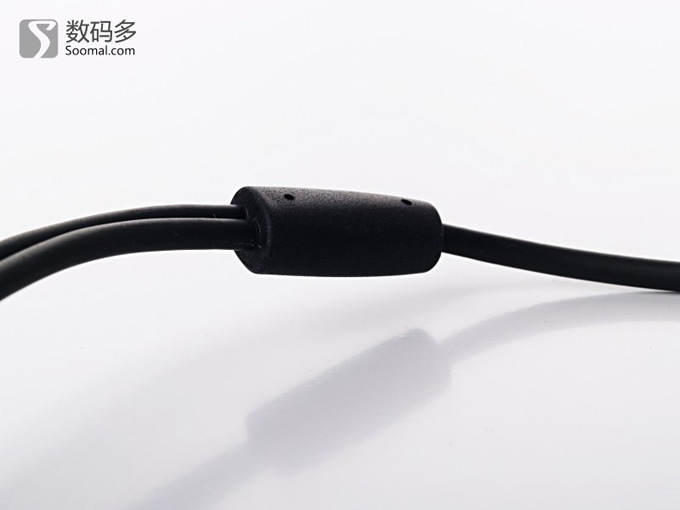 However, Westone has not taken the popular route. After all, the dynamic market is quite mature. Although Westone has a mature experience in the moving iron field, it is still difficult to get a voice in the dynamic market through a product. ADV Alpha is the main outdoor sports. The strategy is undoubtedly quite smart. We also see a lot of headphones that are advertised as "sports earplugs". They all come standard with the "waterproof" performance. The Westone ADV Alpha is equipped with an IP x 3 waterproof rating, facing the rain and sweat. Wetness is completely trivial. 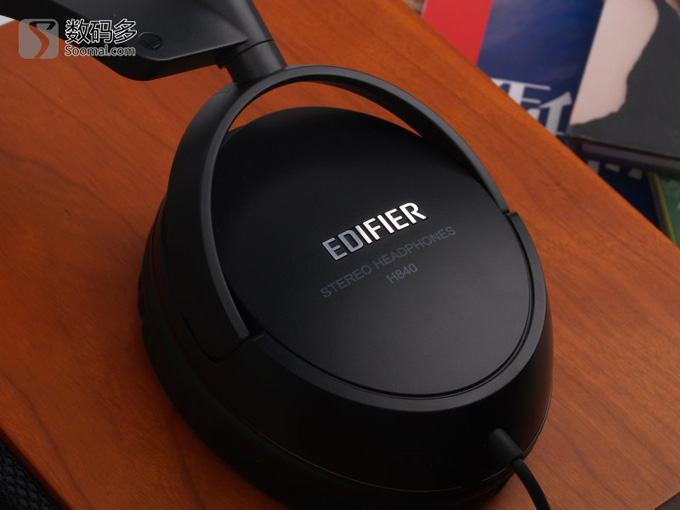 If the waterproof talk seems to lack the sense of reality, in fact, in order to achieve the desired waterproof effect, Westone has made a lot of effort in the design of ADV Alpha, because ADV Alpha is also a type of earplugs for moving earplugs. Speaking of the interface between the headphone wire and the cavity, many moving iron manufacturers will adopt a double-pin plug-and-pull design, which uses friction to fix the bayonet like a normal audio interface, but the design disadvantage of this vertical plug is that it is easy to slip. Therefore, ADV Alpha adopts the universal MMCX interface, which only releases the buckle by rotating the male and female heads, and the interface itself also supports 360-degree rotation, which greatly enhances the safety of the wire and the cavity. 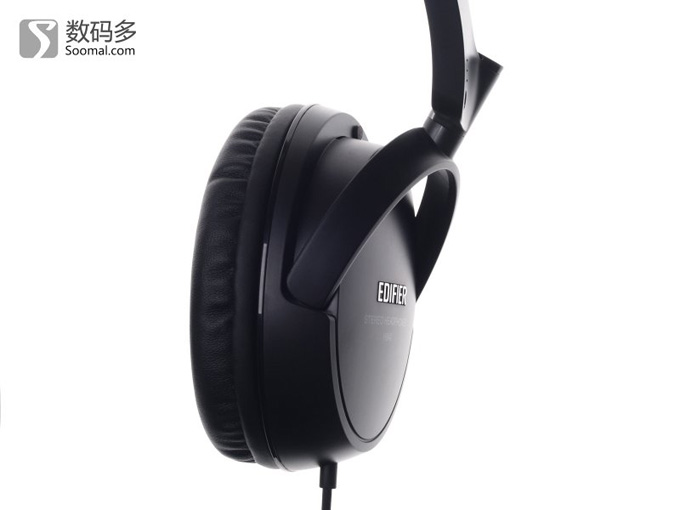 This kind of protection measure is also to prevent the accidental cavity from falling off, causing the liquid to enter the cavity. It only causes the interface to be difficult to plug and unplug, but we do not need to separate this interface frequently in daily life. In addition to the waterproof earplugs themselves, the included storage box also takes into account the waterproof requirements. Rotating and unscrewing can open the lid. It is different from some of our common leather pouches. The top and bottom are supplemented with sponge material, which can be used for outdoor adventure. The earplugs are protected during the collision, and the outside of the storage box is also equipped with a lanyard interface, which is assembled on the body for carrying. The box itself is very delicate, personally think that when you don't put earplugs, it is also a very good choice to bring some small items that are easy to fall. 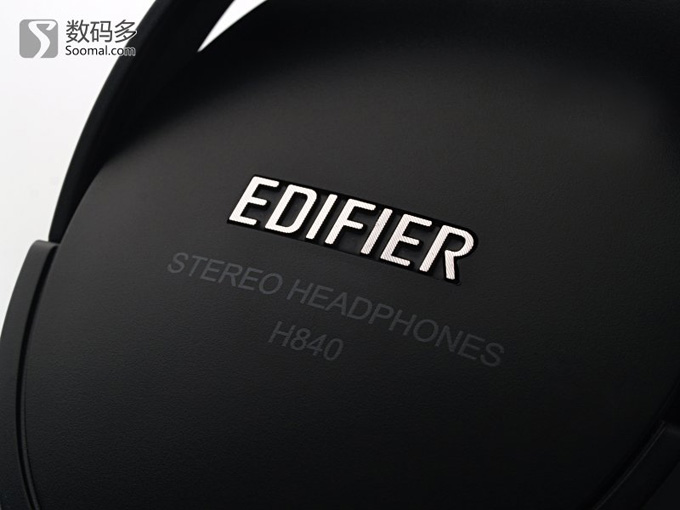 The ADV Alpha is worn in the same way as most moving iron earphones. It is a closed-loop design that fits the ear canal. The earbud unit is only 6.5mm. It is also designed to balance comfort and stability, so there is no wear when wearing it. Foreign body sensation, ordinary M size earmuffs are enough to achieve good sound insulation. 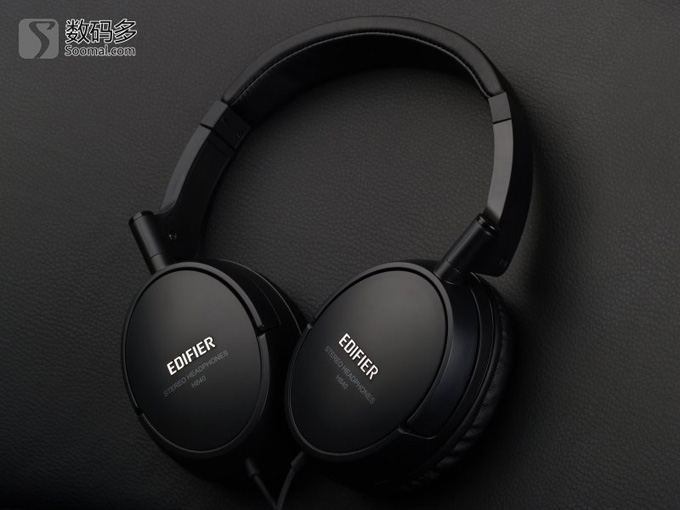 The wire at one end of the unit is also added with wire assist, which changes with the shape of the ear. This material also has a certain toughness, so there is no need to worry about breaking or deformation. From the design, ADV Alpha is close to the moving iron earphone and adds waterproof features, but ADV Alpha, which focuses on outdoor sports, does not only take this into account. 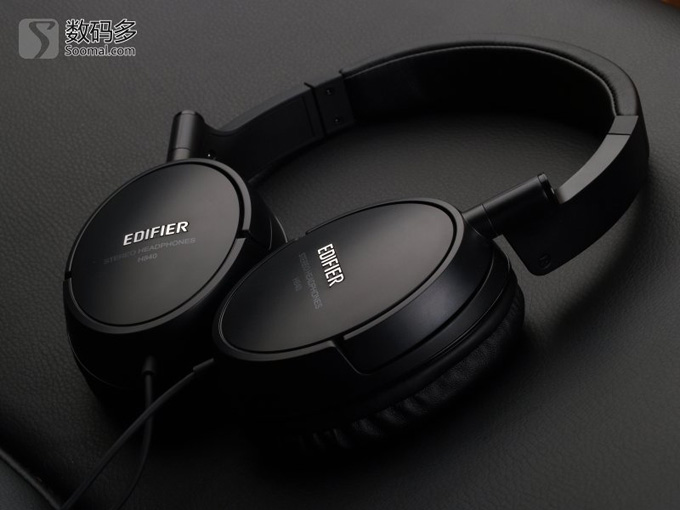 It also has a mechanism called "early warning reflex", which is unique in that the highly reflective headphone wire can reflect light efficiently even in low light or harsh environments, and the driver who drives the car is reminded by this reflection. Some people move on the side of the road, which is also a guarantee for users who are used to exercising outdoors at night. Wire is not a common twisted pair of rubber or moving iron earphones, but a nylon that is woven with texture. The wire has almost no toughness and is loose. 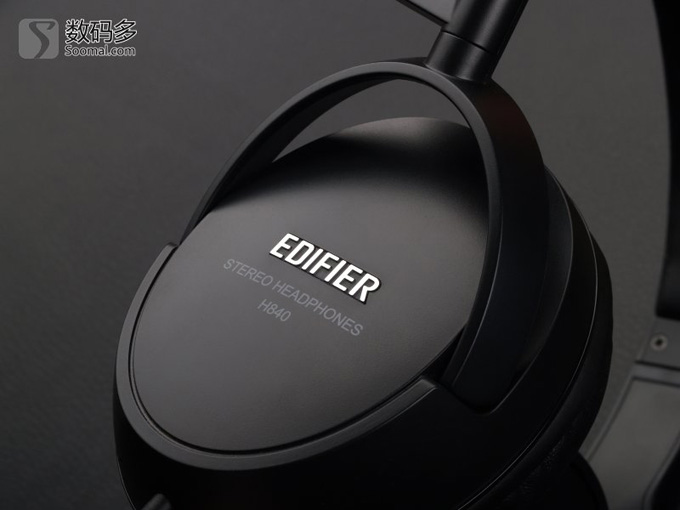 And for sports, adventures and other activities that require long-term physical energy consumption, ADV Alpha also considers the strength and lightness of the earplugs. Even the most heavy-duty cavity uses magnesium-aluminum alloy as the fuselage. Under the condition of strength, the weight of the earplug itself is effectively reduced. The characteristics of the wire also help to reduce the effect of the stethoscope in severe shaking, and the earplugs are also attached with small clips to hold the earphone wire.
Westone ADV Alpha is fully functional in terms of functionality, so how can the sound quality score? The 6.5mm drive unit does not use micro-coil technology, and its quality is extremely limited. During the audition process, we found that the impedance of ADV Alpha is not low, and it requires more thrust than other earplugs. If you use a small like Sony A826 The thrust of the Walkman, the sound of ADV Alpha will be crowded, and the sound field of the big thrust monster like D100 will be slightly loose, but it is still not wide enough, it is narrower than most earplugs, so it adapts to the wind. Will be more limited. 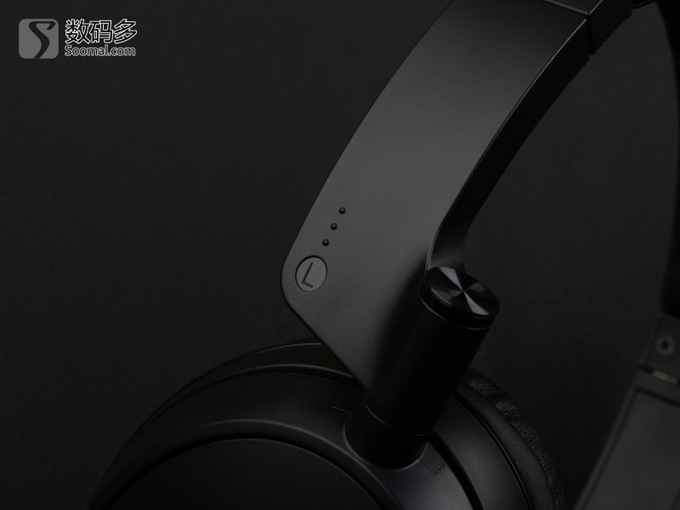 However, the low-frequency sense of ADV Alpha is suitable for music styles such as Dance and R&B. In particular, the cohesiveness and speed of the bass are better, and the tone is lively and dynamic. The narrow sound field also aggravates the low-frequency atmosphere of ADV Alpha to a certain extent. No matter the density of the bass or the human voice, the density is relatively strong. It is a tuning method that is close to the popular style. The texture of the bass is still in the dynamic headphones. Superior, low-frequency is also a good advantage as a popular atmosphere, and the sound is more enthusiastic than some in-ear moving coils.
It's just that the sound of the lower part makes the vocals look faint and dim. This is especially true when enjoying the instrumental music. The middle frequency band is a bit greasy, although the tone is focused on reduction, but not chewy. In fact, the analysis of ADV Alpha is already excellent in dynamic headphones, and the sound is still available in layers. The sound field is too narrow, and there is not much room for it to play. 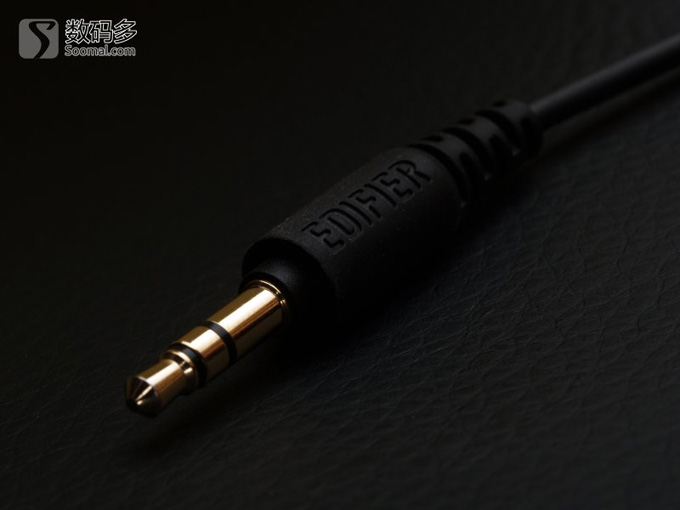 This tuning style must have something to do with the structure of ADV Alpha itself. Due to the waterproof and sports safety factors, the fully enclosed structure of the earplug will affect the sound field, and the vent hole is not designed. The feeling of guilt is compensated. If you can accept the tuning style of its lower disc, the quality of ADV Alpha is still remarkable. The performance of bass-based dance music, R&B and pop music is more interesting than many dynamic headphones. The rock music, country or vocal soul music of instrumental music is not so suitable. 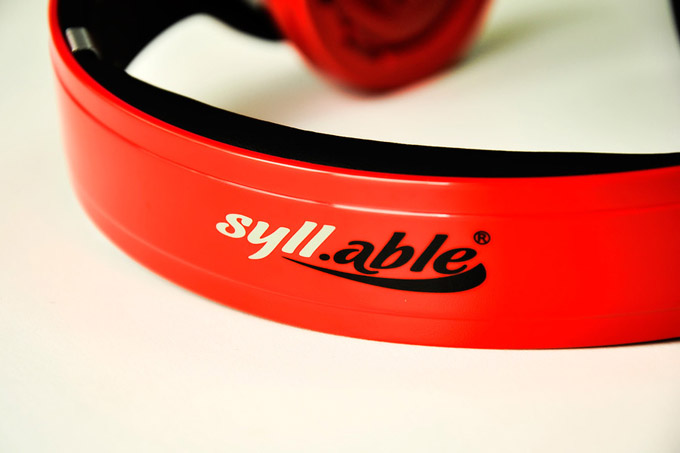 Not waterproof, it can be called sports earplugs. What Westone ADV Alpha wants to express is actually a sport safety idea. Whether it is a special wire or a waterproof and anti-collision storage box, it shows that Westone is the first moving ring. The earplugs are attentive. Although talking about sports, it is natural to think of sweating and waterproofing, but it is worthy of being experienced in the field of military headphones. The lightness and high intensity of outdoor adventures are also the focus of sports earplugs without any slightest delay on ADV Alpha. We have seen differences and innovations. 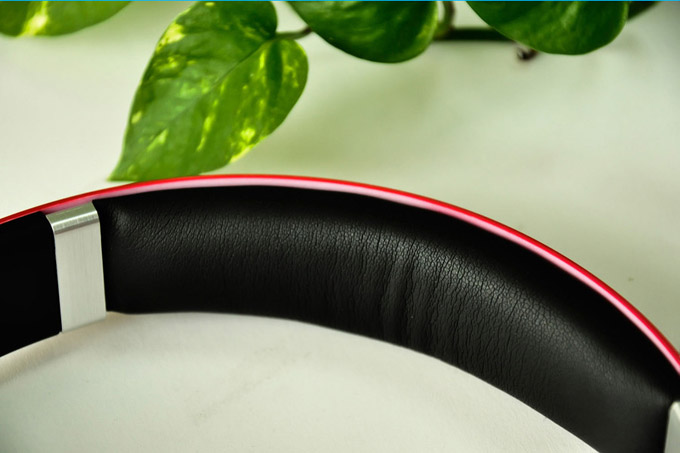 Although the sound quality of ADV Alpha has obvious bias, the bass range is excellent, while the mid-high range is slightly insufficient. The resolution is good but there is not enough space and permeability. The quality is better in sports earplugs. The sound quality is not the main selling point of ADV Alpha, but Westone still adds some understanding to the sound of the dynamic circle, which is still lacking in listening. Westone ADV Alpha is an excellent sports earplug that has excellent performance in the same price category in the outdoor adventure. Waterproof, lightweight, high strength and early warning mechanism under low light, the price of around 1300 yuan For adventurers and sports enthusiasts, it is more appropriate. 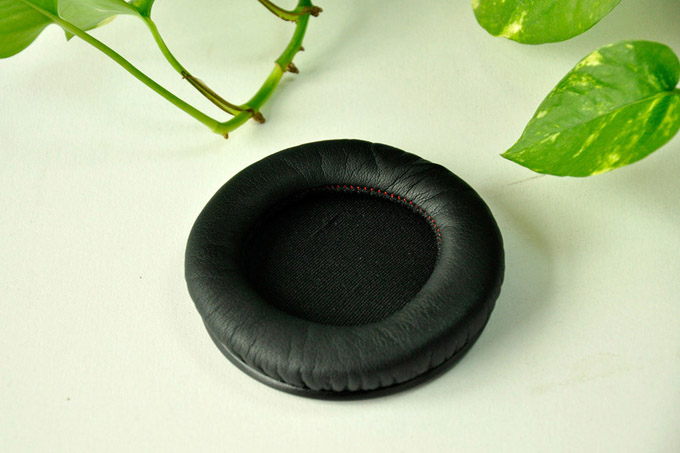