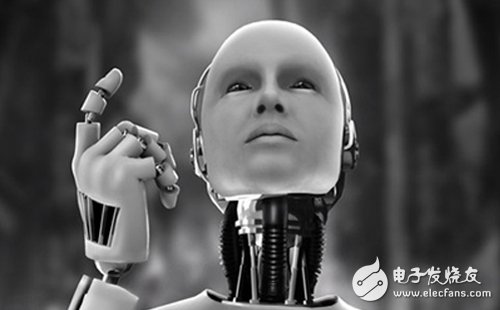 Compulsory skills for the rise of domestic industrial robots: core parts and patents

According to the report, although the industrial robot industry has entered a mature stage from a global perspective, with the increasing demand for the optimization and upgrading of the manufacturing industry structure in the era of â€œintelligent manufacturingâ€, the upstream components and midstream integration and manufacturing technologies of industrial robots will further Refining and deepening, the industrial robot technology will continue to expand to the downstream application areas. At the same time, as the technology-oriented cooperation, mergers and acquisitions and other transactions are increasingly frequent, the future will be more valuable through patent data analysis. reference.

Upstream: patents in the core component field are monopolized by foreign companies

From 1977 to 1990, the teaching robot was upgraded to a perceptual robot, and the emergence of sensing technology not only promoted the development of control hardware and control software, but also required performance requirements for end effectors such as robot grippers and sensors, robot joints and robot arms. It has also greatly improved, driving the explosive growth of patent applications for robot end-effectors, joints, and robotic arms (Figure 2). As the industrial robot industry entered maturity in the late 1990s, patent applications for components such as end-effectors, joints, and robotic arms slowed down, showing a downward trend. However, the second transfer of the industrial robot industry has also led to an increase in the number of patent applications in these areas. The reason is that the transfer of the industrial robot industry to China has inspired the Chinese applicants' great passion for innovation, because the core parts and components are foreign. The monopoly of the enterprise, the patents of Chinese applicants are mostly distributed in the field of non-core parts such as end actuators, joints and mechanical arms. 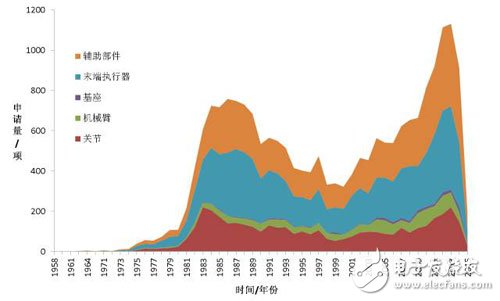 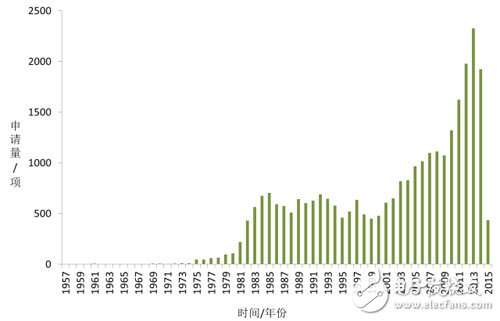 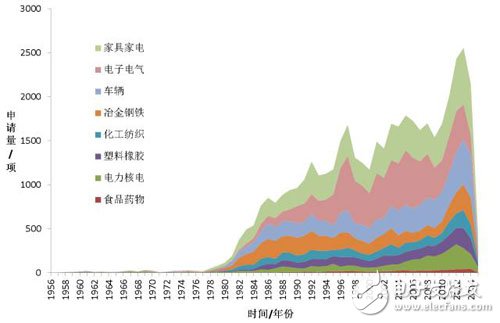