On December 14th, according to foreign media reports, the "Falcon 9" rocket explosion seems to be still unresolved. Recently, SpaceX officially announced the postponement of the first manned flight of the "Crew Dragon". The spacecraft is designed to transport NASA astronauts to and from the International Space Station. According to the original plan, the manned dragon spacecraft will conduct its first manned flight in the second half of 2017 and has now been postponed until May 2018. Before the flight, SpaceX will conduct a demonstration mission for the manned dragon spacecraft in November 2017 - no astronauts. 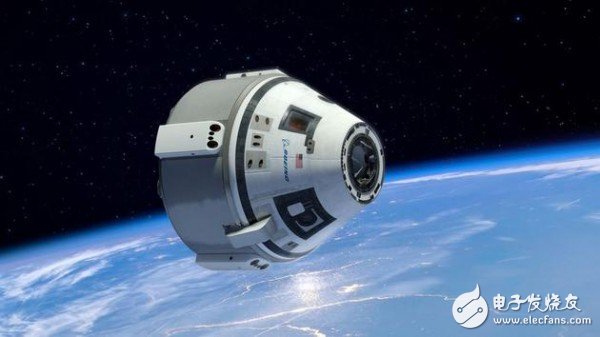 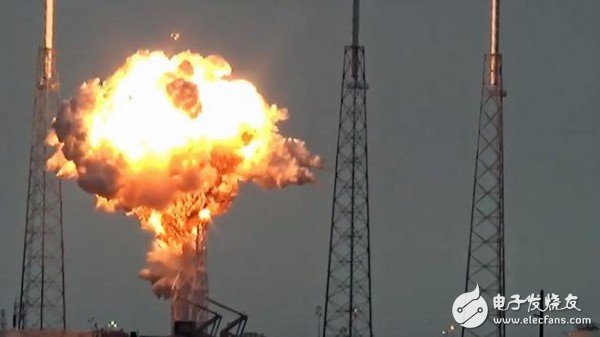 On September 1 this year, the Falcon 9 rocket exploded on the launch pad of the Air Force Base in Cape Canaveral, Florida, USA.

On September 1 this year, the Falcon 9 rocket exploded on the launch pad of the Air Force Base in Cape Canaveral, Florida, USA. The accident not only destroyed the expensive Amos-6 satellite, but also caused speculation that the manned spacecraft flight plan would be postponed. SpaceX said the delay was made when the companyâ€™s investigation into the explosion was nearing completion. â€œAs the survey progressed, our commercial manned team continued to work closely with NASA to complete milestones in all of the programs of the period,â€ SpaceX said in a statement. â€œWe are carefully evaluating us. The design, systems and processes, lessons learned and corrective actions. Our calendar also reflects the need for more time for this assessment and implementation."

This is another delay in NASA's Commercial Crew Program. The original intention of NASA to launch the program was to use the rockets made by the United States to transport astronauts. The two private companies involved in the program, SpaceX and Boeing, are building spacecraft that can transport astronauts to low-Earth orbit. SpaceX is upgrading the cargo space of the Dragonflight, which has been used to ship cargo to the International Space Station, while Boeing is developing a new manned spacecraft "CST-100 Starliner".

The first manned flight of the Commercial Manned Plan was originally expected to take place in 2017, but the plan is not as fast as the change. Since its launch, the plan has been postponed several times. Boeing has delayed Starliner's first manned flight twice, and the current plan is to take place in August 2018. NASA Administrator Charles Bolden attributed in part to the fact that the US Congress did not provide sufficient financial support for the commercial manned program, but the plan has already received full funding for FY2016. Boeing also encountered technical problems, forcing them to postpone deadlines.

The longer it takes for a commercial manned program, the longer NASA relies on Russia to transport astronauts to the International Space Station. At present, Russia's Soyuz carrier rocket is the only means of transporting astronauts to the International Space Station, but its asking price is very high - a seat in the Soyuz will cost NASA nearly $81 million. This also means that NASA has no other choice in sending astronauts into space, and just last week, the Soyuz had just had an accident in an unmanned mission.

The delay of the manned dragon spacecraft was also one of the many consequences of SpaceXâ€™s September 1 explosion. In the process of investigating the cause of the accident, SpaceX put aside all Falcon 9 missions, and the first flight of the Falcon Heavy-Falcon 9 rocket variant was also from the end of the year. Postponed until the beginning of next year. SpaceX originally hoped to launch on December 16, but later pushed it to early January. These delays have prompted one customer to choose another rocket to launch.

Although the investigation of the accident has not yet completely ended, SpaceX CEO Eron Musk has found the cause of the explosion of the Falcon 9 rocket - a complex process that occurs during refueling. SpaceX said it is working to reduce the risks associated with the refueling process, but concerns about SpaceX's plan to add fuel to Falcon 9 in the case of manned traffic cannot be ignored. General Thomas Stafford, a US Air Force lieutenant who is on the NASA Space Station Advisory Board, said fueling is a "very dangerous operation" and should not be carried out in the vicinity.

SpaceX claims that their refueling program is trustworthy, and that the flight launch suspension system can also save all the crew when problems such as Falcon 9 refueling occur. However, SpaceX also said that they are working with NASA to ensure the safety of the refueling process and to improve the method when necessary. SpaceX said in the statement: "If necessary, we will take any additional control measures to ensure the safety of the personnel. From the astronauts to the launch pad to the process of refueling, to the launch, space flight, until they are safe back To the Earth.â€ The company also said that they had met with Lieutenant General Thomas Stafford and provided him with details of the fueling process.

Despite this kind of trouble, SpaceX said that they have completed many key tasks in the upgrade of the dragon spacecraft, including quality testing and parachute testing. Currently, the manned dragon spacecraft for the first flight is under construction.

Cable Management refers to an important step during the installation of building services (i.e. electrical services) and the subsequent installation of equipment providing means to tidily secure electrical, data, and other cables.

Our factory has already kept over 20 types Cable Management Frame in our catalogue for your selection. Mainly Cable Ring Manager for 19" size also offer 10" with 3 rings. You can choose Horizontal Wire Management Panel or vertical wire management panel in 1U and 2U.For different function, you can refer to with cover or not even with brush or not.

Cable management frame also called cable organizer or Cable Organizer, it is easy to install or uninstall. You can change the quantity and location as you like. It makes your network cables orderly, easy and effective.