In the early morning of October 29, a material warehouse of a lighting factory near Lianfeng Gas Station in Xiaolan Town, Zhongshan City, Guangdong Province, caught fire and stored a large amount of wood on site, and the fire was fierce. The city's 119 command center received four fire squadrons from Xiaolan, Guzhen, Dongsheng and Henglan. 55 fire officers and soldiers fought for more than 4 hours to completely extinguish the fire. The fire did not cause any casualties, and the cause of the fire is still under investigation. 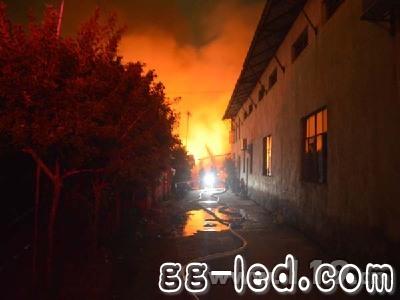 The scene is full of fire 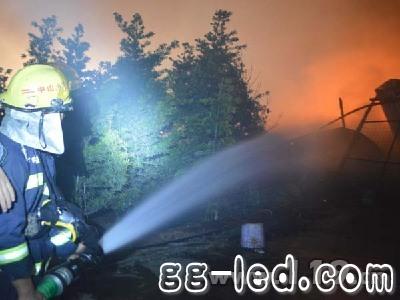 Fire officers and soldiers out of the water to save 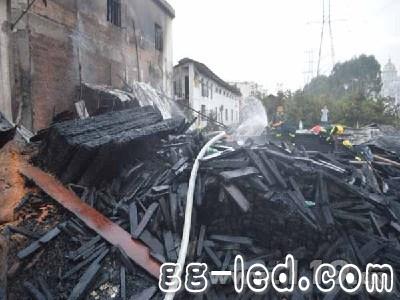 Clean up the scene

At about 3:40 in the morning, the Xiaolan Fire Squadron arrived at the scene and saw a thick smoke coming out. According to the investigation, it was found that the fire broke out in the material warehouse of the plant, and a large amount of wood was stored on site, and no personnel were trapped. According to the situation on the spot, the fire officers and soldiers out of the water guns from the front and side to attack and control the fire. After more than three hours of struggling to save, the fire was basically extinguished. As there are still many fire spots still in the smoldering state, the fire officers and soldiers continue to clean up the site and remove all the wood chips under the factory scaffolding. Until 7 o'clock in the morning, the site was cleaned up.

According to Mr. Hu, the person in charge of the factory, the fire is a material warehouse, which is mainly used to store wood for lighting. At that time, the security guard on duty found that he was on fire. He immediately rushed back to the factory after receiving the call. At present, the cause of the fire and the specific losses are under investigation.